Also, a full scan of the first Bologna tourist guide made by the painter Pietro Lamo in 1560 is freely available online.

Three hours in the heart of Bologna

Your visit across the centre of Bologna starts by the Fountain of Neptune, one of the symbols of the city, a masterpiece created by the Flemish sculptor known as Giambologna. Before visiting the splendid setting of Piazza Maggiore, take a step back into the history of ancient Bononia and enter Salaborsa. In the 19th century, Salaborsa was the economic centre of the city and today it stands as an important place of culture: with its rich, multi-media library, it has become one of the favourite meeting places of people living in Bologna. In the central part of the building you’ll immediately notice a covered square, where you can meet the first unexpected side of Bologna: below your feet, a glass floor will offer you a unique view of the ancient original city. There, you will also be able to sip a coffee while admiring the art nouveau ceilings and enjoying a closer look at the archeological treasures of the city.
From Salaborsa you may continue your visit by entering Piazza Maggiore, known simply as the “piazza” by the locals. Let yourself be seduced by the wide spaces, a large area surrounded by some of the most outstanding Medieval and Renaissance buildings of Bologna: Palazzo del Podestà, Palazzo di Re Enzo, Palazzo d’Accursio, Palazzo dei Notai, Palazzo dei Bianchi and, last but not least, Basilica of San Petronio, which contains the longest meridian in the world and the famous Cappella Bolognini, or Cappella dei Re Magi, one of the 22 chapels of the Basilica. Before leaving Piazza Maggiore, try a little game: below the arcade of the so-called Voltone del Podestà, between Palazzo del Podestà and Palazzo Re Enzo, there’s a “whispering gallery”: while facing one of the four corners of the arch, just whisper something, and you will be heard by anyone standing by the opposite corner.

From the piazza, walk along Via dell’Archiginnasio, with its beautiful Portico del Pavaglione and some of the most exclusive shops in Bologna. Following the road that runs alongside the Basilica San Petronio, you will reach the Museo Civico Archeologico (Archaeological Museum) and there, if you are so inclined, you can find more about Etruscan and Roman Bologna through the archeological exhibits. You can also visit the Museum’s superb Egyptian collection. Next, you will get to Palazzo dell’Archiginnasio, the first unified seat of the University of Bologna and an unmissable cultural landmark of the city; there, the Teatro Anatomico (Anatomical Theater), where anatomy lessons were once held, is well worth a visit. Nearby Archiginnasio, there stands the Basilica of San Domenico, a true treasure chest of Italian art: there, you can admire the marble shrine containing the remains of the saint, decorated with precious statues by Nicolò Pisano, Niccolò dell’Arca, and the young Michelangelo.

After discovering Bologna “The Learned”, you may find yourself pretty hungry: that’s just the right motivation you need to start exploring Bologna “The Fat”, with its superb cooking tradition and excellent food. Behind Piazza Maggiore, you may enjoy wandering through the narrow streets of the old city market, the Quadrilatero. During daytime, you will come across many stalls, filled with all kinds of food products, from seasonal fruit to fresh fish from the nearby Adriatic Sea, from tortellini and mortadella to delicious sweets. In the evening, just before dinner, these streets get crowded by people heading their favourite cocktail bars, where they can relax and enjoy an aperitivo with snacks.
After this refreshing break, walk along Via Castiglione and be astonished by the wonderful Piazza Santo Stefano. Your eyes will alight on the church on the other side of the square. If you have time, you will discover that Santo Stefano is not one church but four of the former seven: this is not all illusion, but the consequence of the historical events that took place in this corner of the city. From Piazza Santo Stefano, go along the covered passage of Corte Isolani, and soon you will find yourself in Strada Maggiore. From this point, you can see from afar the Asinelli and Garisenda Towers, side by side at the centre of a circle from which all our city’s main streets radiate. Then, continue along Strada Maggiore to reach the the Two Towers, the tallest of the twenty ones still standing in this city of ancient towers, which in medieval time boasted over one hundred turrets; if you find this hard to believe, climb the 498 steps up to the top of the Asinelli Tower, and look out over the city. You will discover that, even today, there are many more towers than you had imagined. One peculiar feature you will immediately notice is that one of the two towers, the Garisenda, is leaning, just like the famous leaning tower in Pisa.
From the Two Towers, walk along Via Zamboni, the main university street, with its various departments, the historical Teatro Comunale and the famous University museums.
From Via Zamboni, going towards Via Indipendenza, you will discover another unexpected side of Bologna: the underground waterways, which were open canals until two centuries ago. Under the arcade of Via Piella, a few glances of the place will return you the impression of Venice: it’s the water lapping against the buildings’ foundations. To get back to Piazza Maggiore, walk along Via Indipendenza, the main shopping street. If you do have time for some more culture, a tiny detour will allow you to visit one of the most appreciated museums in the city, the Museo Medievale (Medieval Museum).

Beyond the three hours…

The ancient painting gallery Pinacoteca Nazionale (via delle Belle Arti 56) really deserves a visit: it contains priceless jewels of some of the most famous Italian painters (and not only) of every time. During the visit you will enjoy the view of wonderful masterpieces by Giotto, Raphael and Titian, of the Bolognese School from the XIVth to the XVIIIth century (Vitale da Bologna, Francesco Francia, Amico Aspertini, Guido Reni, Carracci, Guercino, Giuseppe Maria Crespi), Perugino, Parmigianino, Ferrara Renaissance School (Francesco del Cossa, Ercole de’ Roberti, Lorenzo Costa), El Greco. If you then plan to spend some more time to visit the city, do not miss this unique opportunity to immerse yourself into five centuries of the finest Italian painting history!

Conference participants are granted a 10% discount at “Il Pirata del Porto” (via del Porto, 42). You can check their website for information: http://ilpiratadelporto.com.

In the city centre you can find plenty of restaurants and cafés. Please find tips for restaurants nearby the conference location in the map below. 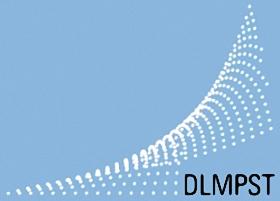